YOU ARE INVITED TO THE LAUNCH OF ALCOCK & BROWN 100

In June 2019 Clifden celebrates 100 years since the first non-stop transatlantic flight in history was completed by John Alcock & Arthur Whitten-Brown.

Festival to be formally launched by:
Brendan Griffin – Minister of State at the Department of Transport, Tourism and Sport 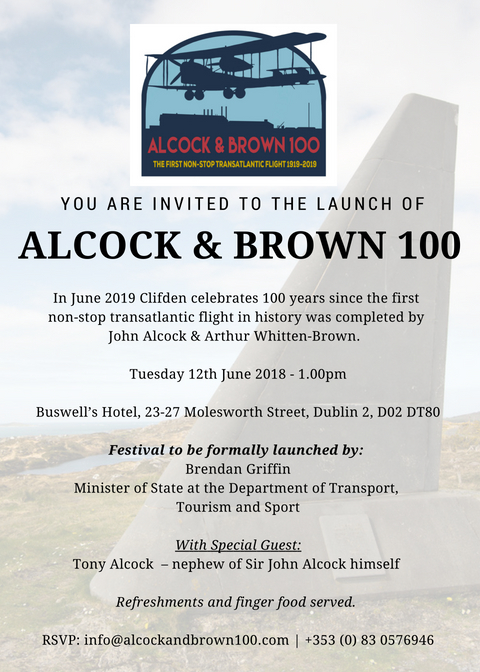