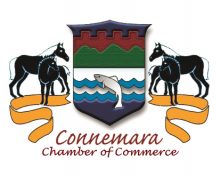 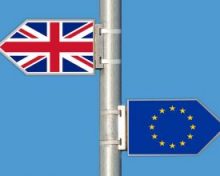 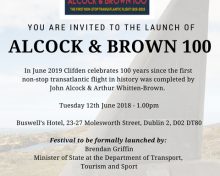 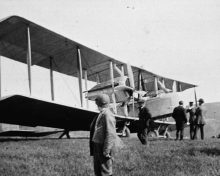 Media Brief Tuesday, 12th June @ 1pm Buswells Hotel, 23-27 Molesworth Street, Dublin 2 ‘Alcock and Brown 100 Festival’ Launch 2019 will celebrate one of the greatest feats of early aviation – the centenary of the first non-stop transatlantic flight in history, completed by John Alcock and Arthur Whitten-Brown. Starting from St John’s, Newfoundland in their Vickers Vimy biplane, Alcock and Brown made history as they landed in Clifden, Connemara, Co. Galway 16 hours and 28 minutes later, with Alcock famously being the first person in Europe to announce “Yesterday we were in America”. Launching the celebrations will be Tony Alcock MBE, nephew of Sir John Alcock, as well as Brendan Griffin, Minister of State at the Department of Transport, Tourism and Sport. RTE’s Ryan Tubridy, who was awarded the freedom of Connemara in 2011 and who has a close connection to the area, will be in attendance to support this significant event in Irish history. Speaking at the event will be Terence O’Toole, President of the Connemara Chamber of Commerce, and Brendan Lynch, Author of “Yesterday we were in America: Alcock and Brown – First to Fly the Atlantic Non-Stop”. We would love you to come along to learn […] 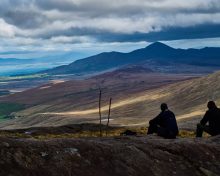 Every year Leenane play’s host to the Conemara’s Mountain Walking Festival – now they reached their 10th birthday and its still going strong. This May Bank Holiday will see Connemara Mountain Walking Festival, formerly Leenane Mountain Walking Festival, celebrate it’s 10th anniversary. Each year the organisers offer stunning walks to suit all abilities and like the name states, they bring people to the summit of the local mountains. Leenane is situated in a unique region of Ireland, where the mountains roll down to the see and where they have an abundance of mountain ranges to choice from. Each day there is a choice of at least 3 walks from Strenuous to low level and this year, to celebrate their anniversary, they plan to add an extra night or dawn walk as part of the schedule. The 2018 programme includes Mweelrea, Connachts highest mountain, Benbaun, Galways highest mountain, Maumtrasna and the Sheefry range. Each walk is guided by qualified, experienced guides and covered by public insurance. Another unique element of the festival is that the local farmers get involved with guiding the walks and share their vast knowledge, folklore and history of the land. The organisers plan to celebrate the 10 […]