Our Submission to The Dept. on Dublin to Clifden Greenway 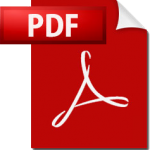 Connemara Chamber of Commerce’s submission to
The Department of Transport, Tourism and Sport
on the Public Consultation on the Draft Dublin to Galway Greenway Plan

On the 16th of December 2016, The Department of Transport, Tourism and Sport on the Draft Dublin to Galway Greenway Plan

Re: Submissions & Observations to the ‘Draft Dublin to Galway Greenway Plan’.

To Whom It Concerns,

As per the public consultation period of the Draft Dublin to Galway Greenway Plan, we have reviewed the draft plan and make the submissions and observations in this document. The Connemara Chamber of Commerce is based in Clifden, Connemara, Co. Galway, has a high membership level and is a very reflective representation of the views of the business community in the Connemara region.

6 Major Elements of Our Submission

In summary, Connemara Chamber of Commerce is fully supportive of vision, policy and stated objectives of the plan and would hope that our submissions will be taken into consideration for all sections of the proposed Dublin to Clifden Greenway. Please read further for more details.

The Dublin to Clifden Greenway is of critical strategic importance both nationally and locally to the Clifden and Connemara region. From an economic, social and environmental perspective, we are making the following six submissions and observations thereafter to the Draft Dublin to Galway Greenway Plan.

The European Greenways Association defines a ‘Greenway’ as “communication routes reserved exclusively for non-motorised journeys, developed in an integrated manner which enhances both the environment and quality of life of the surrounding area. These routes should meet satisfactory standards of width, gradient and surface condition to ensure that they are both user-friendly and low-risk for users of all abilities.”

We stress that the proposed greenway follow the definition above. This will ensure this greenway is car and traffic free and be developed on disused railways and canal ways etc. and away from main roads. We ask that the plan not deviate into using (sometimes easier, cheaper but very short-sighted) existing ‘Country Roads’ instead of a dedicated /segregated route.

Visitor Information Centres in the Clifden area will tell you of the disappointment that visitors feel when they arrive to cycle Connemara – where there are many ‘Country Roads’ which they assume will be quiet. This is absolutely not the case. A case in point is the ‘Clifden Cycle Hub’ is which is composed of 4 major ‘cycle paths’ encompassing Clifden. These are in fact just main roads which accommodate heavy bus and car traffic from March to September. The traffic issue is further compounded by the success of the Wild Atlantic Way marketing initiative, while extremely welcome in the Connemara region, through increased traffic it is contributing to a poor on-road cycle and walking experience for both locals and visitors. It may be tempting to go for the ‘country roads’ approach in large parts of the country but in reality, any type of greenway that takes this approach is short-sighted and would force walkers and cyclists (local and visitors) to walk/cycle on highly congested and narrow roads. Now is the time to build quality off-road cycling and walking routes in Connemara and further afield. The recent development of the hugely popular Derrigimlagh Signature Discovery Point (itself an off-road leisure facility) outside Clifden demonstrates the payoff for investment in such projects. It is a bold but worthwhile ambition to create a segregated greenway from Dublin City to Clifden.

According to Trip Advisor – the number one tourist attraction in Co. Mayo is the Great Western Greenway. This is not an accident. That Greenway in particular is very much a Segregated Greenway and is primarily off-road, user friendly and very much enhances the environment and quality of life in its surrounds. Substituting an off-road approach with other alternatives such as the along ‘quite country roads’ will result in a poor cycling and walking experience for locals and visitors alike.

Continuous Greenway – No Gaps
The delivery of continuous greenway (without any gaps) from Dublin to Clifden would be an exciting prospect and would make one of the best cycle/walking routes in the world. We urge the Department of Transport to see through its vision of the entire route as quickly as possible to realise the benefits to the whole country.

Local Community, Businesses, and other stakeholders along the Greenway
We ask that particular attention is given to homes and businesses along the route and any reasonable requirements they ask for are delivered. Farms, Businesses, Homes, Rights of Way and Ways of Life all need to be respected for the future success of the Greenway. We ask that a lot more engagement with these stakeholders is carried out to minimise any disturbance to existing ways of life.

Protection of sensitive environmental areas
The Connemara section of the greenway is particularly environmentally sensitive and covers many SAC’s. We ask that there is a Visitor Management Strategy to deal with increased visitor numbers to these environmentally sensitive areas. We encourage the development of such infrastructure but also wish to retain what keeps this area unique. Any such Visitor Management Strategy should for instance, have clear signage to marshal users of the greenway to keep within defined routes, operate the ‘Leave No Trace’ principles and respect landowner’s property and dwellings.

OBSERVATIONS
There is large local support in the Clifden and Connemara area for the proposed Greenway.

Benefits – Economic
– Big development – This is potentially the biggest single most important business development for the Clifden and Connemara region in decades. Connemara has not attracted large factories and nor does it have a large population density to sustain itself. Investment in a tourism product like this has a direct economic return on investment. The Fitzpatrick’s report commissioned by Fáilte Ireland on the economic impact of the Mayo Greenway notes:

“Estimates derived from the study suggest that all direct expenditure associated with the Greenway would contribute to a projected €7.2m in spend in the local economy over a full year in 2011.

There is no reason why the Galway to Clifden leg of the proposed Greenway could not match or exceed this type of contribution to the local economy.

– Increased tourism all year round – the Connemara region has a short peak season, typically 6 weeks of significant business. The proposed greenway will greatly extend the season.

Reduction in Emigration –  It will reduce emigration by creating a longer tourist season and fostering new types of tourism businesses.

Fitter communities – equals better health and reduced pressure on hospitals and health services
Benefits – Environmental
– Greater appreciated of natural heritage –  Investment by the state in this type of development will have a direct environmental benefit as the perceived/actual economic dividends to the area from this highly sustainable type of industry instils a greater appreciation in the youth of what we have environmentally on our doorstep.

– Preservation of uninterrupted views – It also reduces the potential for unsightly developments along the route itself.