Clifden to kick off the celebrations for 100th Anniversary of Alcock & Brown’s Historical Non-Stop Transatlantic Flight.

To be launched by:
Kevin Vickers  ONB  SC  The Canadian Ambassador to Ireland 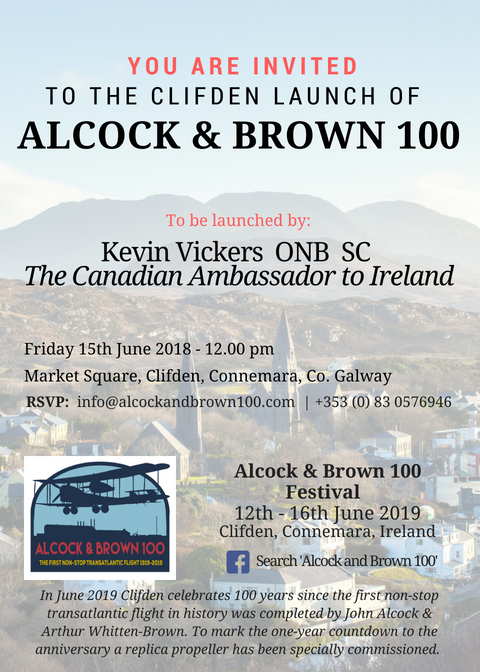 Online Survey for a Remote Working Hub in Clifden

A chara Connemara Chamber of Commerce is inviti